Last week, Gem’s co-founder and CTO Nick Bushak led a webinar in which he discussed the findings from Gem’s 2020 Tech Recruiting Benchmarks Report. We know how important it is for talent teams to know how their metrics stack up against the industry, so they can discover what stages of their funnels are performing well and which stages need improvement. So Nick presented benchmarks for every stage of the funnel, discussed how those benchmarks have shifted during COVID, and made recommendations for where to start if a team’s numbers aren’t up to par. If you missed the webinar and want to watch it on demand, you can find it here. The questions Nick answered included:

But a lot of our attendees had their own great questions; and we wanted to make sure we got you those answers:‍

Is there any difference in passthrough rates based on role?

‍There is! You can find those numbers in our benchmarking report, where we broke passthrough rates down into Customer Success, Data Science, Design, Engineering, Finance, Marketing, Product Management, and Sales roles.

‍I'm interested in resources to improve the open rate

‍The two factors likely to improve your open rate are send times and subject lines. At Gem, we’ve analyzed over a million outreach emails to uncover best send times (hint: “best send time” varies by role). You can find those in our Definitive Guide for Email Outreach; but two top tips in the meantime: for Engineers, emails sent Saturday all day and Sunday before 3 pm perform 10% better than the average. For Sales, emails sent on Sundays before 6 pm perform 20% better than the average. You can also find data for subject lines in the Definitive Guide. We discuss personalization, appealing to values, powerful verbs, questions, and more.

‍What diversity metrics do you have in place and hold your team accountable for?

‍At Gem, diversity is one of our four core values, and we take it very seriously in our recruiting initiatives. We started by having quotas at the top of the funnel—targeting 60% diversity for our very first phone screens. We now split out evergreen roles from one-off roles. For evergreen roles, we focus more on long-term engagement strategies, and for one-off roles we still have a quota, but we've made them mid-funnel quotas. 50% of every one-off role needs to have at least 1 onsite with a candidate that we'd consider diverse.But there’s a lot you can keep track of when it comes to diversity metrics. Here are some numbers to pay attention to:

How can I get more information on female vs male passthrough rates? i.e. how were these metrics collected, sliced, and diced?

‍Gem partners with an API that assigns gender based on a prospect’s first name as shown on their LinkedIn profile. The algorithm supports names in countries all around the world, and assigns a gender only at a 94%+ confidence level. In some cases, the API will not assign a gender, and Gem users can manually input that information if they wish. The data we offered in the webinar didn’t account for the “non-binary” or “unknown” data in our database.

‍Which ATS does Gem integrate best with? What are the most popular or common integrations you get requests for?

‍Our strongest ATS integration is with Greenhouse. The other applicant tracking systems we see the most integration requests for—and that we do integrate with—include Workday, iCims, Taleo, Jobvite, Avature, SmartRecruiters, and SuccessFactors. But our list of integrations keeps growing, and we’ll integrate with any customer’s ATS of choice.

‍Our company is not benchmarking and tracking metrics... where can we start?

‍Well we may be biased, but we think Gem is a great start. :) Gem ties together all your top-of-funnel stages—email sends, opens, and replies—with your downstream ATS stages: converted into process, phone screen, onsite, offer out, and offer accept. For the first time, teams have a complete view of the funnel, from reachout all the way to offer-out. With Gem, teams can answer questions that they weren’t able to before: How many reachouts does it take to get to one offer? How does that vary by role, department, and geo? How many recruiters and sourcers do we need to hire onto our team to capacity-plan and hit our headcount goals?

You can set up and track goals for your team for the first time—including diversity goals, like what gender or race/ethnicity look like in your pipeline—because you know how many activities are happening at every step of the funnel. You can also have conversion rate goals at any stage of the funnel. And you can forecast: based on the health of your pipeline and how many candidates are in each stage, how many hires are you expected to make?

‍Can you share stats around time to fill benchmarks?

‍We’re so glad you asked! “Days in Stage” and “Time to Fill” are two of Gem’s newest Pipeline Analytics features. They’re in beta right now; and we’re in the process of collecting customer feedback. But as soon as we have enough data, we’ll share those numbers in our next round of benchmarking.

‍I'd love a bit more insight into whether these stats are from talent agencies or more established brands/internal teams.

‍Gem’s 300+ customers span a range of industries including tech, finance, healthcare, and professional services. Our customers range in size from a few employees to a few thousand employees. And we work with plenty of talent agencies as well. In this benchmarking report, we focused on data from our tech customers of all sizes.

‍Does the passthrough rate take into account the application rate for women vs. men?

‍In this report—and because our customers have a variety of top-of-funnel stages—we used “entered Process” to mean a recruiter created an application for the candidate in their ATS. Two things likely needed to have happened for this to occur: the candidate expressed interest in the role, and an application review provided a “first filter” prior to phone screen.

‍With A/B testing, how many outreaches do you suggest to gauge if your subject line experiment is valid?

‍There’s no hard number on this, and a lot has to do with the role you’re looking to fill: a recruiter might reach out to 50 people for one high-level role, and 800 for an evergreen role. Preliminary results may very well indicate a trend—subject line A or B performs better, for example. Take that directional insight and keep iterating. We suggest you experiment until you see one “type” of subject line consistently doing better than the others.

‍How do you reconcile a ‘data-driven’ hiring strategy with the inherently gut-driven aspect of hiring?

‍We get this question a lot. It's only in recent years that recruiting has had access to the kind of data that enables benchmarking or optimizing the hiring process. Our general rule of thumb is data-first. There’s a lot that intuition is important for in our day-to-day lives; and intuition will inevitably present itself when you’re talking with prospects or meeting with candidates for the first time, when you “have a feeling” that certain sources are better than others for finding passive talent, or your “instinct tells you” that certain messaging will be more likely than others to resonate. But “listening to your gut” or “going with your gut” is often synonymous with those unconscious biases we all hold.

Using benchmarks can help identify where those biases are causing issues, in addition to helping teams know where they’re performing well or might have some work to do. When it comes to optimizing outreach and managing the candidate pipeline, the data doesn’t lie. It tells you exactly what messaging fares better than others; it lets you know exactly what your passthrough rates are; and it can forecast pretty accurately what you need in your pipeline in order to make that next hire. So at Gem, we try to stick with objective data as much as possible.

‍Our data comes from 3 years of customers using our product. We started in San Francisco and have grown significantly throughout the United States and globally. However, we don't publish benchmarks until we meet a threshold of data; and although we likely have data for the cities and geographies in question, it may not be enough yet to publish benchmarks outside of what we show here today. However, if you’re a Gem customer and have questions for a particular benchmark for your geography, you could talk to your customer success manager and see if they can find some data to help you.

Lauren Shufran
Content Strategist
May 26, 2020
Filed Under:
Trends and Benchmarks 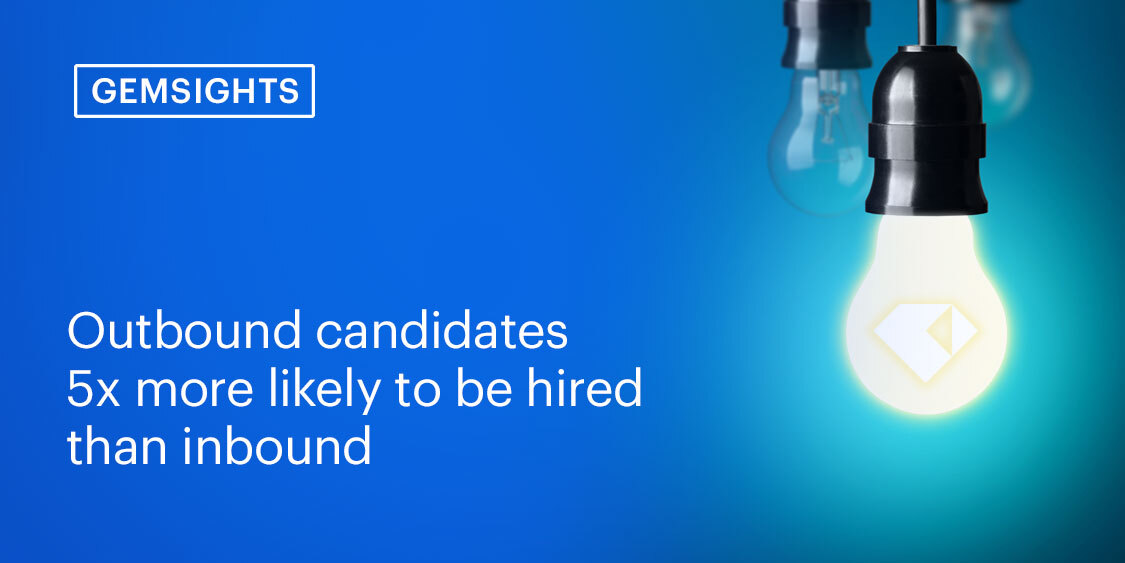 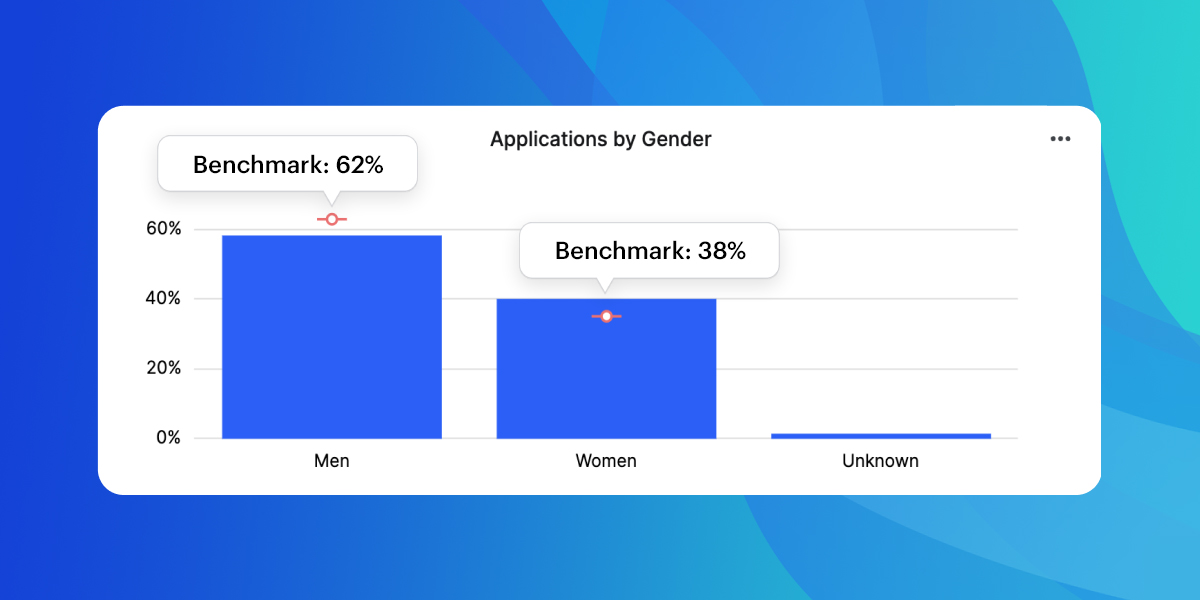 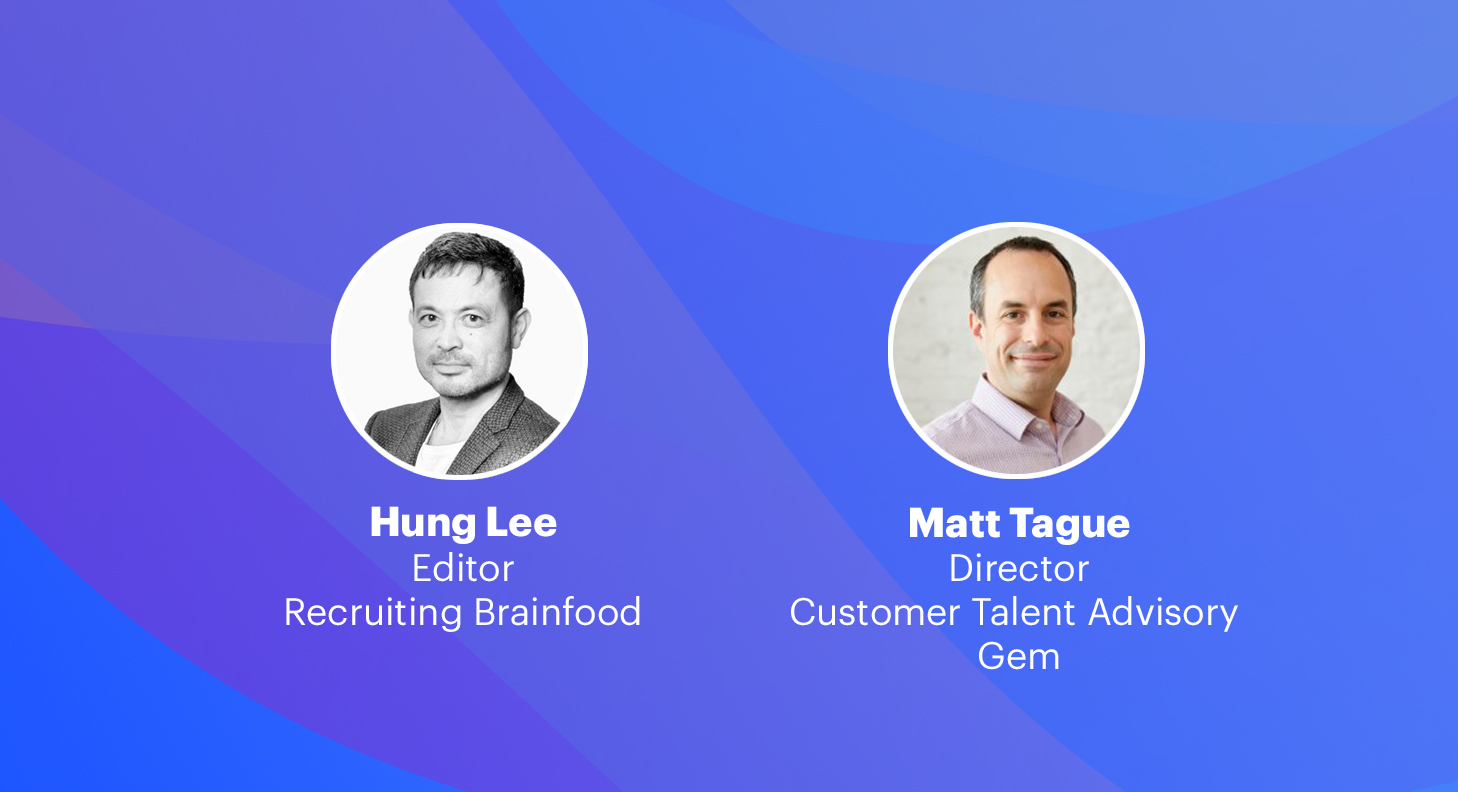 Recruiting Trends to Watch for in 2022