Comparably’s rankings were derived from 10 million ratings across 60,000 U.S. companies collected between June 23, 2020 and June 23, 2021. To qualify, companies of Gem’s size needed to collect at least 25 employee ratings — we collected 71. With over half of our company participating, we also picked up an A+ culture rating and an A+ rating for our CEO, Steve Bartel, in addition to the above awards.

We owe it all to our team’s ability to meet any challenge with renewed focus on our core values: Customer-Centricity, Transparency, Diversity, and Velocity. Since Comparably began collecting data for the awards in 2020, Gem weathered an economic downturn with particularly strong effects on the recruiting market. Selling recruiting tech in a climate of layoffs and hiring freezes isn’t easy, and since the recruiting market picked up steam (and eventually caught fire) in 2021, we’ve had to navigate a different challenge: hypergrowth.

Rather than sidelining our values to meet either of these challenges, we doubled down on them.

Here are the results:

Our All-Hands meetings in early 2020 probably sound familiar. People were uncertain about where the U.S. economy was headed, how our company would weather the storm, and what that would mean for our job security.

Maintaining transparency at a time of uncertainty is hard. While presenting the best case scenario might boost morale, employees deserve to be aware of the worst case scenario, too. Gem’s leadership team went out of their way to present the full range of possible outcomes for our company in painstaking detail, down to the amount of runway we had at our current size. They trusted employees to make the best decisions possible — for Gem, and for their own careers — with all the information before them. That inspired trust in their leadership, in turn.

Having a culture of trust — where everyone can ask questions, give feedback, and share what isn’t going well — was crucial as we navigated a difficult market in the months that followed. To make the best decisions possible, we needed clear picture of the landscape before us, and for that we needed everyone to report honestly.

In the end, Gem and our leadership team made the right decisions, in large part by staying relentlessly customer-focused even as external factors weighed heavily. For example, rather than shying away, we focused attention on the ways we could continue to provide value to our customers who had undergone hiring freezes. We showed them how, when hiring picked up, their recruiting teams could benefit greatly from Gem’s exhaustive record of past candidate interactions; or from laying the groundwork for future hiring by continuing to nurture their top prospects.

Building a diverse team is tough, especially during hypergrowth. The most time-tested way to grow a team quickly is through employee referrals, but your referrals tend to look like you. Gem has aggressive diversity goals — we aim to double the industry average in our hiring of underrepresented groups — so simply replicating our existing team won’t cut it. We need novel strategies in our playbook.

Our CEO Steve Bartel had already put a lot of thought into this problem earlier in Gem’s life. Many companies only start prioritizing diversity once they’ve reached a certain size, but Gem made diversity a core value from the outset: “When Nick and I looked around at our founding team of seven, we saw that we had inadvertently baked some diversity into the company’s DNA… but not enough that we wouldn’t be in trouble later if we continued to replicate what we had. We knew that Gem would be infinitely stronger if we took a proactive approach from there on out; so we started to prioritize diversity right after our Series A funding.”

Gem has consistently prioritized diversity using tiered searches — sourcing 100% of candidates from underrepresented groups at the start of a given search —  but we knew that wouldn’t be enough as we dove into referrals and opened up a swath of new roles in leadership, where representation across tech is particularly lacking.

So we piloted Shine, a mentorship program aimed at ensuring everyone at Gem has equal access to internal promotion. We also started a Leadership Nurture program that has already led to an increase in URM representation on our leadership team. Here we ask everyone on our leadership team to commit to three coffee chats with underrepresented professionals every quarter, to increase the diversity of their own professional networks and lay the groundwork for more diverse referral hiring in the future. Our recruiting team assists in building pipeline for these coffee chats in part by proactively sourcing potential candidates for future leadership roles.

That may sound like an odd thing for a recruiting team to focus on when it’s time to hire as quickly as possible, but as Steve has consistently made clear, the importance of diversity for Gem can’t be understated: “We have to be diligent about cultivating a culture of inclusion and belonging if we want Gem to succeed. Not only is prioritizing diversity the right thing to do, but diverse teams unquestionably perform better; and ultimately our aspiration is to build an enduring and thriving company. As a recruiting tech company, we’re in a unique position to act as a role model for our customers and help them succeed in this, too. That ripple-effect is the icing on the cake — but it demands that we don’t lose sight of its importance.”

The best place to grow quickly in your career is a fast-growing company — Gem’s team has doubled in the last year, growing 60% since January, and we’re aiming to more-than-double in 2021. Our leadership team believes strongly in internal development as a means of achieving our growth goals, so along with our Shine program, we offer generous Learning and Development budgets to everyone at Gem.

Because of our strong culture of transparency, employees have a high degree of visibility into other functions as well, and many opportunities to learn from them — our leadership team goes as far as to share our latest board deck with the whole company each quarter. Transparency also makes it easier for us to grow by learning from our mistakes, because we’ve created an environment of psychological safety where we can be open and honest about them with our coworkers.

For our engineering team in particular, our strong customer-focus makes Gem a great place to learn how to build a product customers love. If you could see yourself founding a company one day (quite a few engineers on our team plan to), talking to customers and finding product-market fit for new features are essential skills to pick up, which everyone on the team gets exposure to.

If you’re interested in learning more about Gem and our culture, you can visit our Comparably page to read detailed reviews from the people who work here. If Gem feels like a fit for you, we’re hiring across the board. You can check out our open roles on our careers page or just reach out to us directly. We’d love to hear from you.

Want to come build better hiring with us?

We'd love to have you. 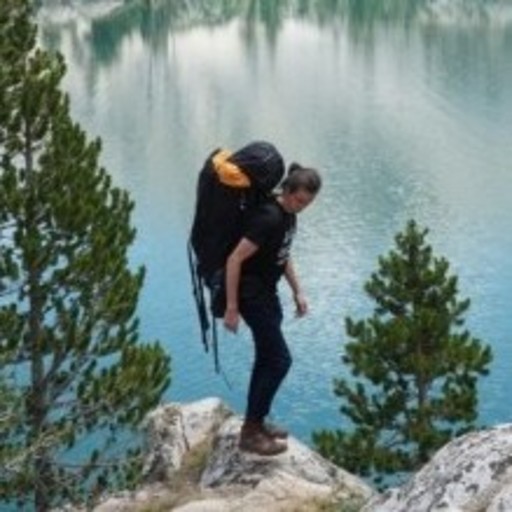 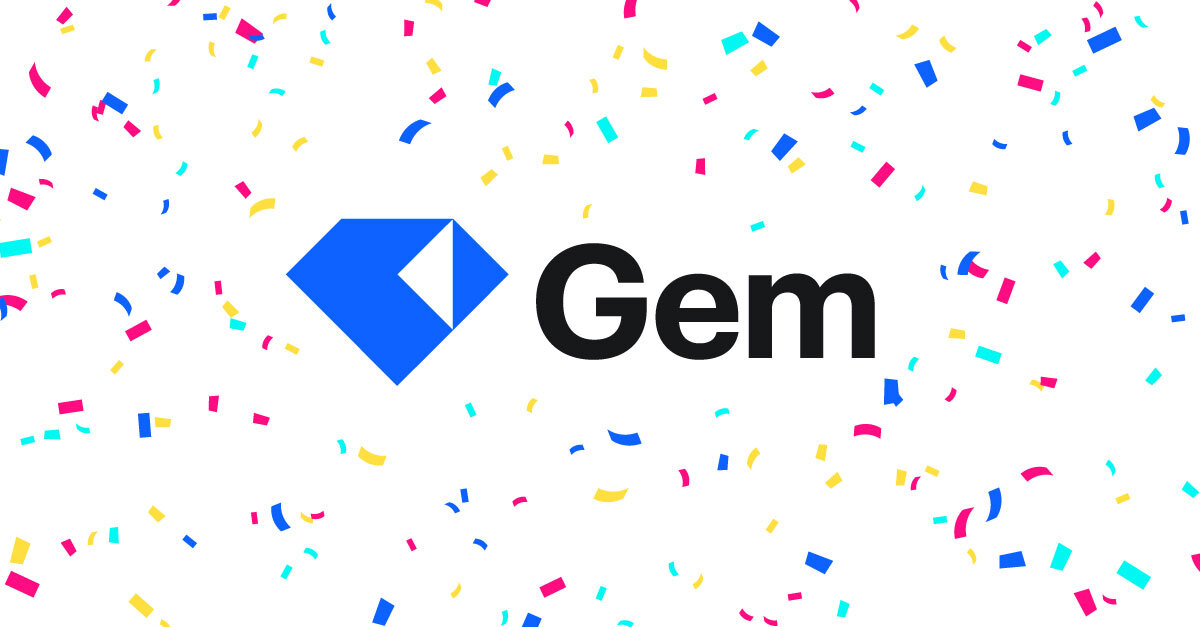 To celebrate turning 5, we sat down with Steve Bartel (Co-Founder & CEO) and Nick Bushak (Co-Founder & CTO) to get some of their reflections on where Gem has been, where they see it going, and what culture and our customers mean to them. 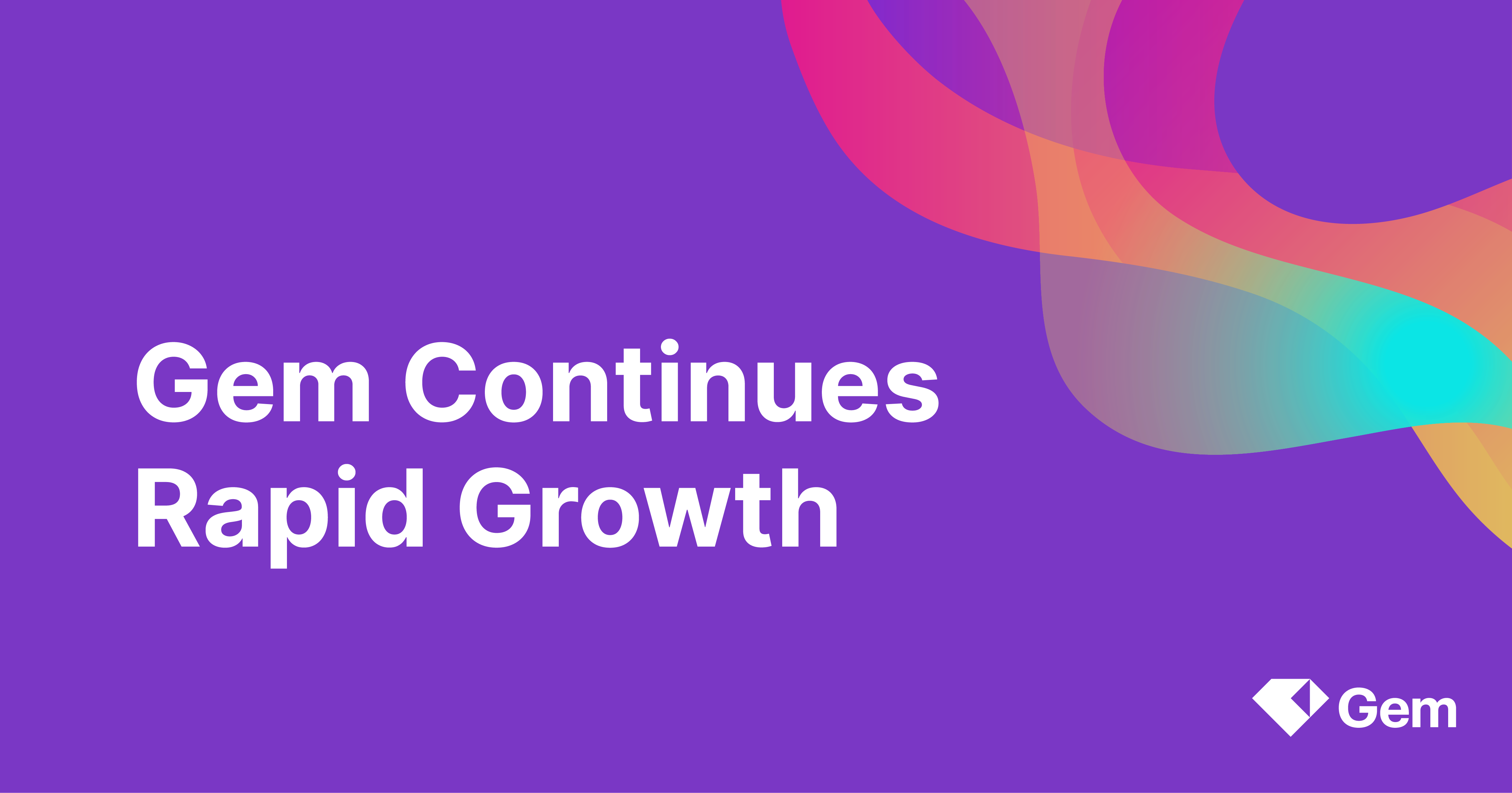