Sourcing Diverse Talent at the Top of the Funnel

Diversity hiring initiatives begin at the top of the funnel: If you’re not sourcing diverse talent, you won't have a diverse team. Here are some strategies.

Where to Find Underrepresented Talent

In a recent survey Gem conducted, 56% of our respondents cited “diversity” as the primary pain point their recruiting team is up against—a pain point that tied for first place with “sourcing.” Diversity and sourcing were also cited as two of the top priorities for talent teams for the remainder of 2019—which is great news, given that 38% of respondents currently spend less than 25% of their energies on sourcing for diversity. 22% said they don’t currently source for diversity at all.

In the coming months, we have some deeper digging to do on the reasons behind those numbers. As we recently wrote about, at Gem, we’re in the process of working through our own diversity initiatives, in terms of both our company culture and our product offering. We recognize that the strongest diversity hiring initiatives begin at the top of the funnel, which is why our products focus on the earliest stages of the pipeline. After all, if you’re not sourcing a diverse talent pool, you’re not going to see a diverse talent pool enter your interview process—and it’s tough to hire talent that doesn’t apply. In other words, sourcers and recruiters have perhaps the most important role to play in the “D” of a company’s D&I initiatives.

We also recognize that this puts recruiting teams in an indelicate position, because diversity is one of the most difficult aspects to target early on in the funnel. During recruiting and hiring processes, of course, candidates can self-identify. Indeed, many of these demographic self-declarations are formalized in applicant tracking systems, which request standard demographic data—such as race, gender, and veteran status—as defined by the Equal Employment Opportunity Commission (EEOC).

But what do sourcers do in those earliest stages of the funnel—before they’ve even connected with prospects, let alone given them the opportunity to self-identify? At Gem, we’re working on making products that help recruiters track some of the more “observable” demographics: compiling aggregate “estimated gender” and URM stats so recruiters can see a breakdown of whom they’re reaching out to, for example; and allowing recruiting teams to configure custom fields to track other demographics.

Still, guessing a prospect’s demographic information based on an interpretation of their LinkedIn photo is a far-from-perfect strategy… despite the fact that it’s both legal and encouraged by the federal government to ensure companies are engaging with diverse talent. And it’s a strategy complicated by the fact that the vast majority of demographic data you can collect on someone isn’t “observable”: Think sexual orientation, gender identity, or physical disability, for example.

But here’s the thing: Top talent is already self-identifying, long before they enter your hiring funnel. They self-identify through the groups they belong to, the organizations they support, and the events they participate in. They self-identify through whom they follow, the content they share, and what they write on their social media profiles. And there are strategies that sourcers can use—even the ones who are wholly committed to living on LinkedIn—to increase the chances that they’re reaching out to talent that’s “diverse.” Here are some strategies worth considering:

Search for Prospects who Attended Schools with Diverse Student Bodies

There are plenty of schools out there that predominantly serve underrepresented students and minority populations. And when you source from diverse schools, you’re statistically more likely to come across diverse talent. Use the “Schools” filter in LinkedIn Recruiter to search for Historically Black Colleges and Universities (HBCUs), Hispanic Serving Institutions (HSIs), tribal colleges, and women’s colleges. Or take a look at Campus Ethnic Diversity Rankings, and choose schools that rank well and have departments for the role you’re looking to fill.

Not every great engineer has an engineering degree from a four-year college. Likewise, designers, product managers, and talent for many other roles you’re looking to fill may have received degrees or certifications in non-traditional learning environments. Consider bootcamps, for example. These are technical training programs that teach the same skills a college or university does. The difference? Because they offer the same training without the systemic barriers that often exist in analogous collegiate programs (collegiate programs with their own lamentable pipeline problems), they tend to attract students from non-traditional backgrounds.

Consider the Startup Institute, which has partnered with New England College to offer an MBA in Digital Marketing. Or General Assembly, which offers courses in everything from product management, to web and mobile development, to data science and analytics. Or Product School, which offers part-time product management training courses. These organizations attract students from diverse financial backgrounds; they also attract talent—mothers or caretakers, for instance—who don’t (or didn’t) have the privilege of taking courses at all hours of the day.

What’s more, search for programs that explicitly serve underrepresented groups. The Grace Hopper Program at Fullstack Academy is a coding program for women that doesn't charge tuition upfront. CodePath.org offers coding courses to underrepresented minorities and underserved college students. These are just two of many organizations offering education on the technical side; but there are bootcamps out there for URMs across roles and skillsets. Do your research, or ask the employees in your organization with roles similar to the ones you’re looking to fill. Younger employees especially may have a sense of the parallel tracks talent is taking to learn those same skillsets.

For other roles, there’s the National Sales Network, the Association of Latino Professionals for America (ALPFA), and more. This may take a little research on your part, depending on the role you’re looking to fill… but the time it takes may be well worth it.

Unfortunately, there isn’t a professional organization for every URM group out there. But there are plenty of community organizations that support URMs; and if you search for these groups—or the URMs they seek to support—along with the role you’re trying to fill, you’ll likely discover more diverse prospective candidates for your talent pool. Searching LinkedIn for “LGBT engineer” will serve you up results of professionals who belong to, or have done community work for, LGBTQIA+ organizations. And they’ve disclosed it in their profile.

(We just tried that search ourselves; one of the first prospective candidates LinkedIn served us was someone who’d managed a team that created a web app for LGBTQ+ and PoCs. When we replaced “LGBT” with “transgender,” we discovered a prospective candidate who works for Techtonica, a non-profit organization that “provides aspirational Bay Area women and non-binary adults with low incomes a pathway to careers in software engineering.” We had no idea Techtonica existed; and now we have another organization to pay attention to in the coming months and years. Do these results mean that these prospects self-identify as queer, trans, or PoC? By no means! But it does mean that they’re on the ground doing work to support diversity in other spheres. And these are the kinds of candidates you want.)

Get Offline and Ask For Diverse Referrals

Effective passive candidate sourcing consists of more than the direct sourcing efforts we discussed above; it also entails proactively asking for referrals. Of course, you’ll probably end up back on LinkedIn to study the profiles of the talent referred to you… but step away from your screen and go spend some time with the people who make your company tick first.

The best sources for diverse referrals will likely be your company’s ERGs or minority employees. That’s because our social and professional networks tend to be made up of people who are demographically similar to us. It’s called the “affinity bias”; and it’s why asking for referrals from your non-diverse employees can spell problems with homogeneity and monoculture in the long run. But leveraging this “similarity effect” with underrepresented employees will likely increase diversity at the top of your pipeline.

You can also encourage diverse referrals across the board, no matter which employees they come from. Research from the Kapor Center suggests that offering an employee bonus for referring URMs moves the needle on diversity initiatives more other strategies do. This strategy works best when you communicate intentional messaging about the business case for having a diverse organization, and the importance your company is placing on diversity from both business and ethics perspectives.

There are a hundred other ways to source diverse talent outside of LinkedIn and your employees. Searching for, and following, hashtags associated with women, LGBTQIA+ people, and URMs in tech on social media; scouring platforms like Medium and Quora for professionals writing on topics and answering questions about the role you’re looking to fill; and attending meet-ups or conferences geared toward diverse talent are three that come to mind. These are more time-consuming—and, in some cases, longer-term—strategies; and we’ll discuss them over time. (So subscribe below if you want those practices direct to your inbox!)

For now, these strategies are great places to start broadening your funnel for diverse candidates that are “self-identifying” before they even enter your recruiting phase.

Interviews are our most decisive forms of candidate assessment—yet they're poor predictors of performance, because they’re exchanges between human beings, with all our biases. Here's how to reduce that bias for better, more equitable hires. 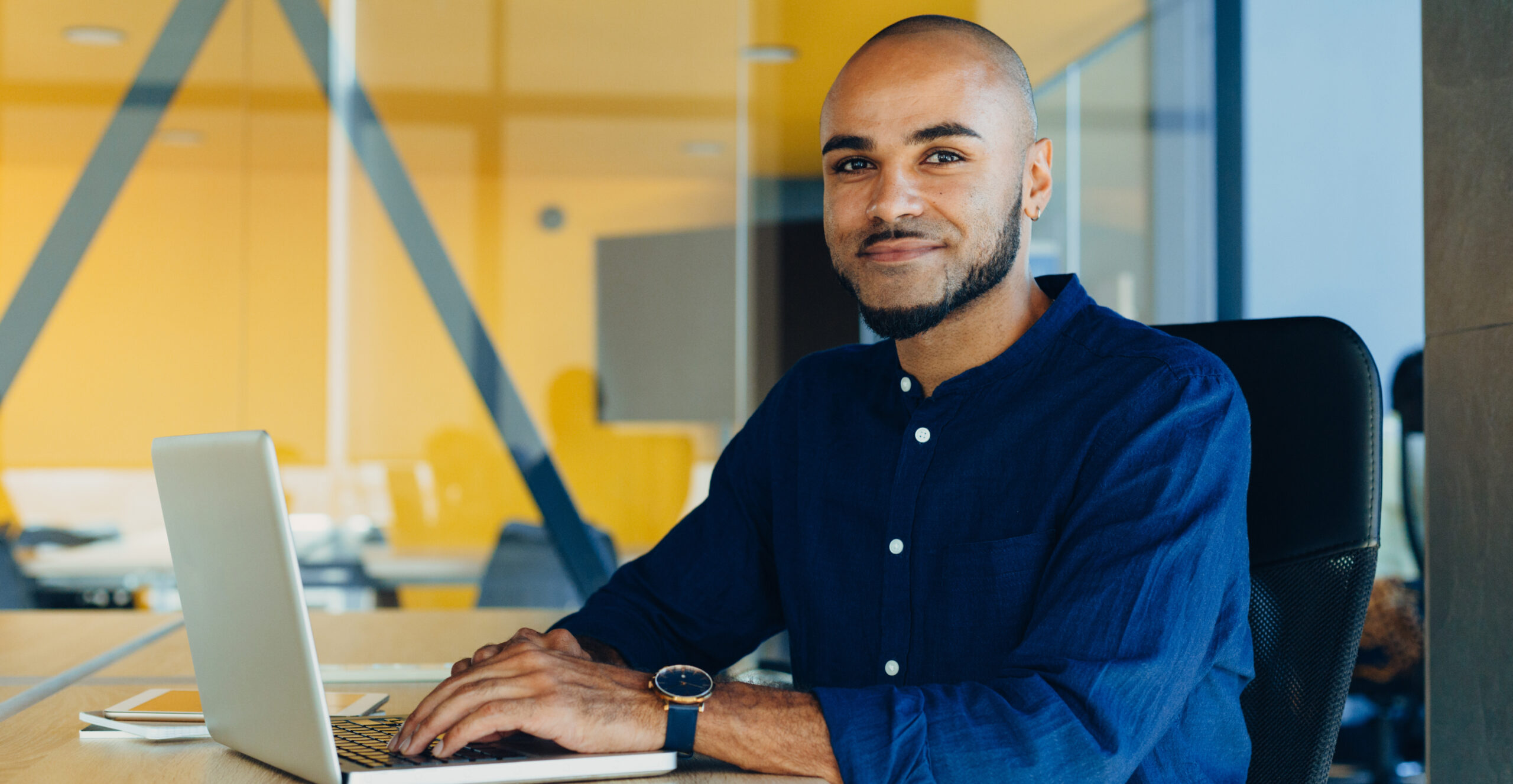 4 Steps Talent Leaders Can Take for Diversity, Equity, and Inclusion

Given their role, talent leaders have an especially important part to play in a company's diversity, equity, and inclusion initiatives. Here's how. 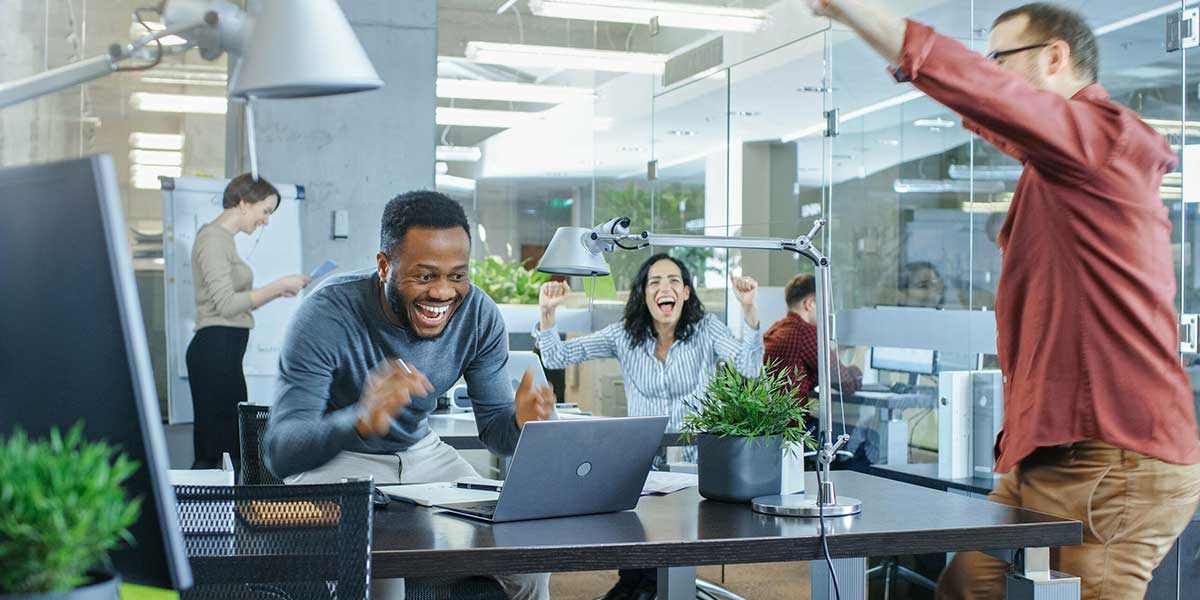 The Business Case for Diversity and Inclusion

Talent teams may find themselves arguing for why resources should be allocated to diversity sourcing. Here's the business case for diversity and inclusion.